I See Your Soulmate

Order I See Your Soul Mate and Sign up below to receive a chapter in your inbox right away!

How Our Dreams Can Heal Us
Many times when I’ve been in pain, a departed loved one has come into my dreams to heal me. Here’s my most powerful example:

I met my lifelong best girlfriend Crissie in second grade on the swing set of our Catholic elementary school playground. Her crazy brilliance and insane wit bonded us instantly. Our first conversation went something like this (although she was doing all the talking): “Don’t you think the word nunnery is weird, like a cannery? Why would a girl choose to be canned…er…nunned? Do you think nuns all come out the same from a nunnery like peas from a cannery? What if Shakespeare said, ‘Get thee to a cannery!’” As she talked, she cracked herself up, bending over in peals of giggles that had me laughing uncontrollably along with her. I realized I had found a true friend–someone who thought outside the box. I didn’t always understand her, but I loved her instantly.

Years later in seventh grade, the Beatles appeared on Ed Sullivan. Crissie and I were the only ones in our Catholic elementary school to have our lives changed at that moment. We knew the Beatles meant more than wonderful music and that they were showing us a bigger, more exciting life that we both wanted. We promised each other that we’d get out of the south as soon as we graduated high school and fulfill our huge dreams. She never let me forget that promise.

Our friendship lasted long beyond my stint at “Misery” and hers at Georgetown. Her first true love had been a fellow student at Georgetown University named Paul Frederick whom she became engaged to. Two months before the big southern wedding her parents had happily planned, Paul Frederick dumped her. Crissie never truly got over it.

Later when I moved to Colorado and met a handsome mountaineer named Paul Frederick (not the same guy) I was immediately leery of him. Would he break my heart too? (Turns out he did.) Crissie was the first friend to come visit us and meet my new love whose name was the same as the man who broke her heart. She liked him instantly.

When my Paul Frederick was diagnosed with cancer, Crissie’s frequent phone calls helped me cope. With Crissie, every conversation was about exploring new ideas, asking tough questions and searching for the truth–all done in a gleefully witty way. I adored her. She asked me the toughest questions anyone ever did. And she made me laugh harder than anyone I knew. She always told me I was a gifted writer and should “just write dammit!”

Six months after Paul died, Crissie came to visit. She cheered me up and challenged me simultaneously. What was I doing with my life now? Was I moving forward? Was I writing? She prodded and poked as we drove to the mountains to ski. She seemed healthy, energetic, lonely as usual, but generally happy with her California graduate student lifestyle. (She was getting a PhD in botany).

On her flight back home to California, she noticed bruises appearing on her body. By the time she landed in San Francisco, she was covered in bruises and rushed by ambulance to the hospital. Her stunning leukemia diagnosis so soon after Paul’s death was overwhelming. After this devastating news, I suffered several anxiety attacks where my throat would tighten up and I couldn’t swallow or eat. I felt nauseated most of the time.

Crissie’s mother moved to California to take care of her and her father got her into the most advanced treatment of the time – a bone marrow transplant at Fred Hutchinson hospital in Seattle. Surrounded by friends and family she went through chemo and radiation treatments and nearly died during the torturous bone marrow transplant. I couldn’t understand why someone as bright, loving, and good as Crissie would have to go through such suffering–as horrible as Paul’s experience. In deep despair and grief, I sold my belongings and moved to Mexico to teach fitness at a resort. I needed healing and was dropping out of a world that made no sense anymore.

When Crissie was finally in remission, she moved back to California and resumed graduate school studies. But she was only 31 years old and had been through hell. She was in a deep spiritual crisis, wondering what the purpose of life was. I understood her pain.

We stayed in touch with letters and phone calls. She began getting her life going again and started to feel better. She yelled at me when I told her I was in love with a married (but separated) Mexican man named Emilio who ran the local dive shop. “Sue Ellen, you’ll only get your heart broken! You’re a writer so you can use it in something I guess…but really. Come back home and write dammit!” I couldn’t come home yet. My peaceful life of snorkeling and diving everyday with Emilio was a form of healing for me—even if I knew Emilio would never be my lifelong partner. I loved him anyway.

Crissie and I made a plan to see each other back on our childhood turf. Crissie flew to the Gulf Coast to visit her family at the same time I flew home to visit mine. Our dads both owned fishing boats and had beach houses. Crissie’s dad brought her over to the harbor near our beach house to spend time with us. My dad (who loved Crissie) took us fishing and boating. When we got bored with fishing, he dropped us off at a remote island to talk while he fished around the island.

Crissie and I walked and talked for hours along the sandy shore and crystal clear water of our tiny remote island. We talked about her ongoing struggle with leukemia, her bone marrow transplant, her feelings about death, my grief over Paul, my attempts to end my ill-fated relationship with Emilio, and her heartbreaking belief that she would never find a soul mate or have children. She felt alone and unlovable. “What’s the hardest part?” I asked her. “Disappointing my dad,” she said as tears flowed. “He wants me to live so badly…” I knew then that she was dying, no matter what the doctors said. I recognized the process of letting go that she was experiencing. It was the same conversation I’d had with Paul.

When my dad picked us up on the island, he took us back to the marina where Crissie’s dad waited on his fishing boat. As our dads laughed and joked with each other, Crissie and I hugged one last time. She couldn’t look me in the eye as she turned away and stepped onto her dad’s boat. As their boat moved out of the harbor, Crissie and I waved. When she was out of view, I broke down in uncontrollable sobs. My dad gently asked, “Why are you so sad? She looks great. She’s going to make it.” I turned to him crying and said, “Dad, this is the last time I’ll ever see her. I know it.” Crissie returned to her home in California. I returned to Mexico. Three months later she was dead.

The night of her death, before I knew she had died, Crissie came to me in my dreams. We spent the entire night laughing and giggling together (the way she and I always did). When I woke up, my stomach muscles were actually sore from laughing so hard. I’ve never before or since experienced such physical sensations after a dream as I did from that night with Crissie.

That morning as I was making coffee and about to call the states and check in with Crissie, I got the phone call telling me she had died during the night. I realized she had visited me in my dreams to let me know she was fine and to tell me that death wasn’t the end of anything.

But Crissie wasn’t done teaching me yet. A year later, I was finally back living in the states, heartbroken over Emilio, and trying to get my life and career on track. My grief over the loss of Crissie, Paul, and Emilio was weighing me down with sadness and depression.

One night, Crissie came to me in a dream and healed my heartbreak. In the dream, Crissie and I are standing on a white stone balcony overlooking an emerald green sea. It’s peaceful and extraordinarily beautiful and I feel so content standing beside her. We’re talking as we always did but not using words. She’s standing a bit behind me and to my left as we look out over the water. I notice that her physical body is shimmering and seems to be more like dappled light than a fully formed physical presence. The form that I know as Crissie is changing. Her hand is on my back, rubbing it in circles while she talks to me. We’re discussing my heartbreak over Emilio.

She pulls out several handwritten letters on many different pieces of stationary that Emilio had written to his estranged wife (who lived in another city during our relationship). In the letters Emilio is professing his undying love for his wife. Page after page contains stories of how well his diving business is going and how wonderful their life will be when he returns home to her. Crissie makes it clear to me that Emilio never really loved me and I have to let him go and move on. As she shows me these letters, my pain and grief from all of my losses wells up in my chest. While she rubs my back, a loud wailing cry escapes me; the sound soars across the emerald sea in front of us. It’s powerful, ancient, and deep–louder than any sound I’ve ever made. As this pain pours out of me and flows across the water, Crissie lovingly rubs my back and encourages me to let it all go.

When I’ve finished crying, Crissie slowly disappears beside me. I wake up still hearing the sound of my painful wailing and feeling Crissie’s hand on my back. I cry most of the morning. But as the days go by, I realize that my grief has subsided. Finally I’m able to begin a journey of reinvention and spiritual exploration that pushes me towards the work I do today. 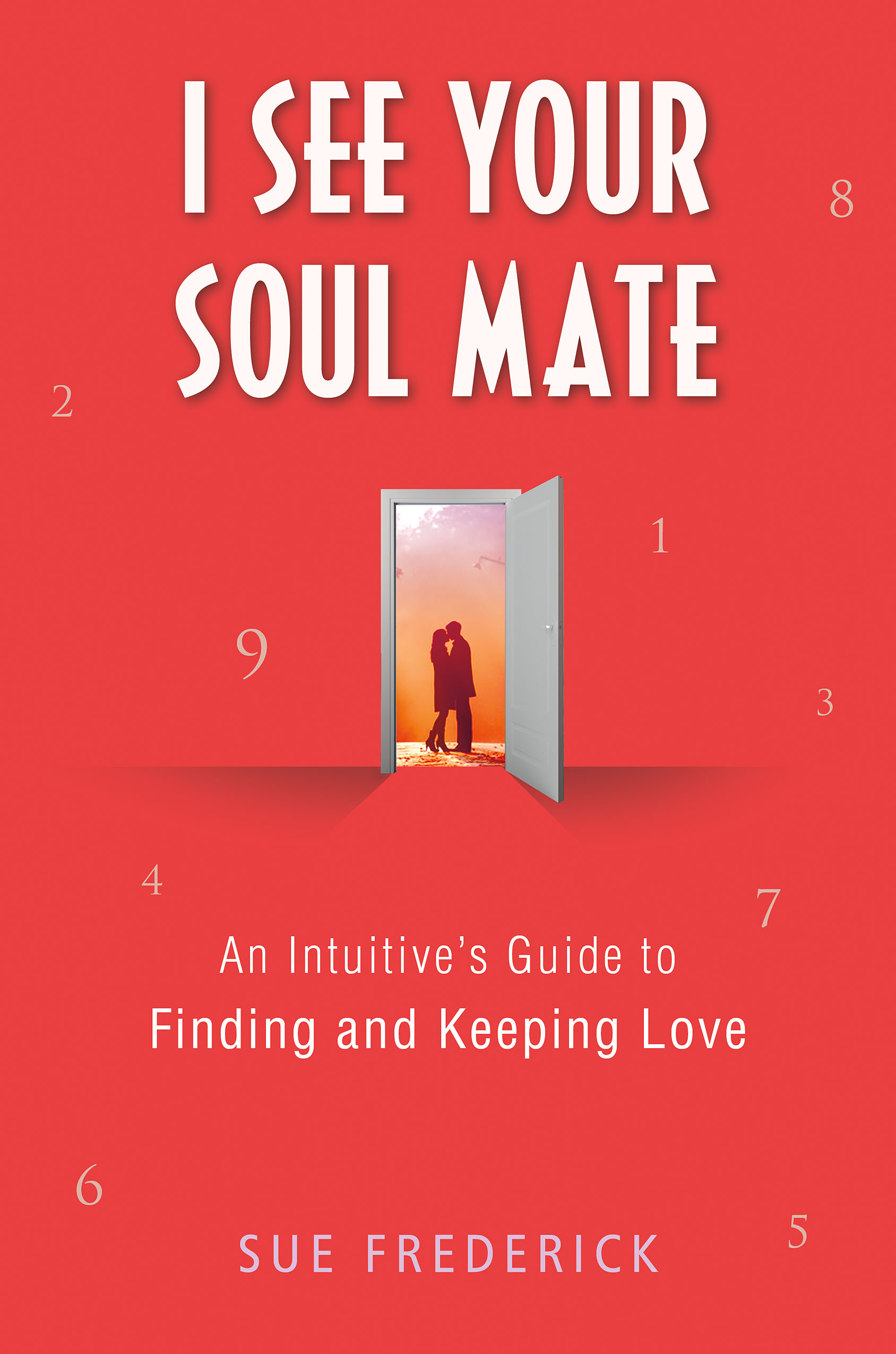