Her face was paper thin and stretched into deep lines of grief that widened as she spoke – telling her story of a son, an avid hiker, a lover of mountains, coming home one day with an unusual bruise and dying in her arms one year later from Leukemia. 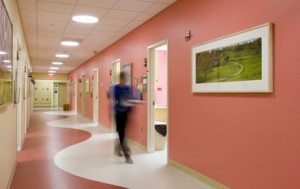 She was strong – a nurse who worked all day in a hospital and cared for her son at home. I’ll find the best doctor, the best treatment, she would say – escorting him on rounds to places where physicians pondered the next great idea and nurses held her and cried.

Beside her rises a light beam – a joyful son shaking his head at her pain, wrapping his arms around her. No, he whispers. That’s not it. Not the lesson…

I feel his fearless soul, unconventional, never wanting to live within the rules, not meant for a long stay, only a brief visit to tie up loose ends and help his loved ones wake to a deeper meaning, a bigger picture than survival.

“Don’t become a hungry ghost,” he wrote to her on his last day.

“I don’t know what that means,” his mother cries. Her heart is fierce and her love for her son is a wave of pain that crashes across the room – knocking the others over into pools of grief.

When she’s told and re-told her story and is ready to sit in silent meditation, to receive messages from beyond, she begins writing. And finally, writing furiously.

Later, when the group shares their writings, they read the simple words of their departed – urging the ones left behind to live with love and to embrace a deeper understanding of our complex soul agreements and necessary lessons here. None of the messages from beyond tell them to be sad, to give up, or to be angry and blameful. Although they have been…

I did hear from him, the grieving mom says softly, skimming through her notebook. The hungry ghost is the lost soul, forgetting that we’re divine and here on purpose to grow, she says reading what she wrote during meditation. 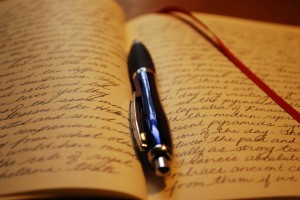 They pass their writings around and marvel at how the words from beyond are healing and empowering. No matter the mess of death. No matter the suffering endured. The energy is playful and joyous in these writings passed from griever to griever.

On our final afternoon together, their faces are plump and radiant, clear of lines. They’re laughing at things they’ve heard from their departed. Heavy sadness has left the room – flying out the door like a wind swept fog.

I know he’s with me and he’s watching me and I’ve got to get my life in gear, says the mom. I’m going to quit my hospital job, become a nursing consultant and work part time at hospice, she says. This way I can help people from what I’ve learned. It would make me happy to do that work. She smiles at the group.

Her face is shiny and young like a child holding a birthday gift, excited to open it and happy to be alive.

It’s her beginning: Her rebirth born from a heart broken wide open..