The Thin Veil between the Realms

The veil between the realms is thinner than you think – thin and transparent. Close your eyes and feel it… 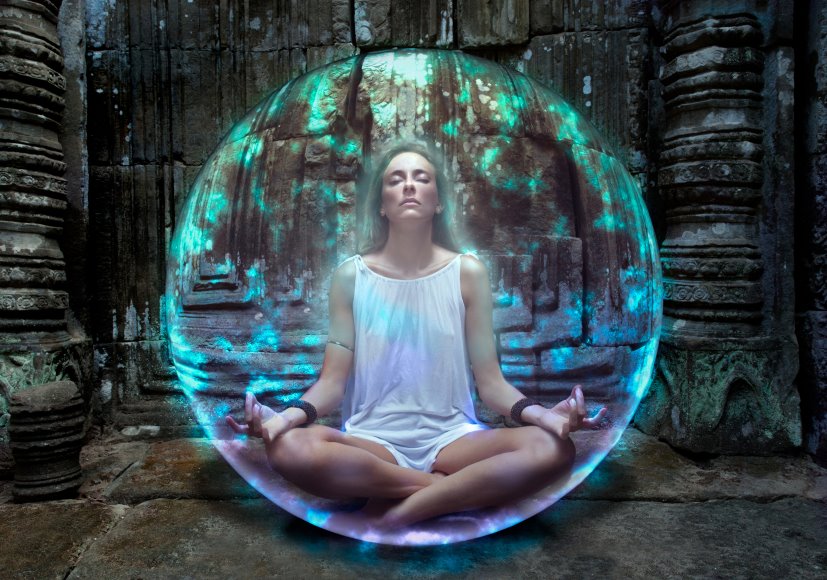 There was never a time when spirits didn’t speak to me, walk across my bedroom at night, or whisper in my ear. They speak to you as well. You’re just better able to dismiss it, more logically rooted in this physical world than I am – even though I’ve tried hard to ground myself in logical left-brain thinking.

Somewhere in my 1951 birthing there was probably a vast undiscovered damage to my perfect brain – so big and precise it nearly diminished my left mind and left me mostly connected to the heavenly realms.

From early on, there were radiant beings who spoke to me in the flower garden where my mother planted daisies – and departed saints who stood beside me every Sunday in Church. It’s a blessing I was Catholic; the Virgin Mary was a constant presence in my life so real that I spoke to her out loud. I prayed the rosary daily from the time I learned how.

The mysterious city of New Orleans made my gifts seem almost normal. My intuitive Creole mother, descended from a long line of psychic women, was strong enough to see what I needed and help me get firmly rooted here. She spent her afternoons teaching me letters, sounding out the words precisely and logically until I could develop my left-brain and read the pages. I was only three years old. It saved me. She believed I was gifted.

When I grew older and would hear what someone was going to say before they said it, time fell backwards and I withdrew. I’m sure I looked disturbed, troubled. I didn’t understand the laughter and why they couldn’t hear the whispers of those who stood around us. But I didn’t like crazy. I was way too strong for that.

So I hit the dirt. Sprang into survival mode. I learned to think logically – to follow from A to B, to ignore the visions and dreams. I didn’t want to disappoint my kind and logical father. I needed a paycheck. And when the whispers began to fade, I found myself an early career at the age of 20 teaching children to read and organize their left-brains – because that was what I needed. I became a Montessori pre-school teacher to heal myself.

If I’d only known all along I was here to just explain the world as I saw it – and not try to fit in or become like everyone else – I could have gotten my work done sooner. I’ve taken quite awhile to get this message to you, to help you realize the veil is thin, and that you came here on purpose with a mission. Yet this is the one thing I’ve always been sure of, and the gift I came to share.